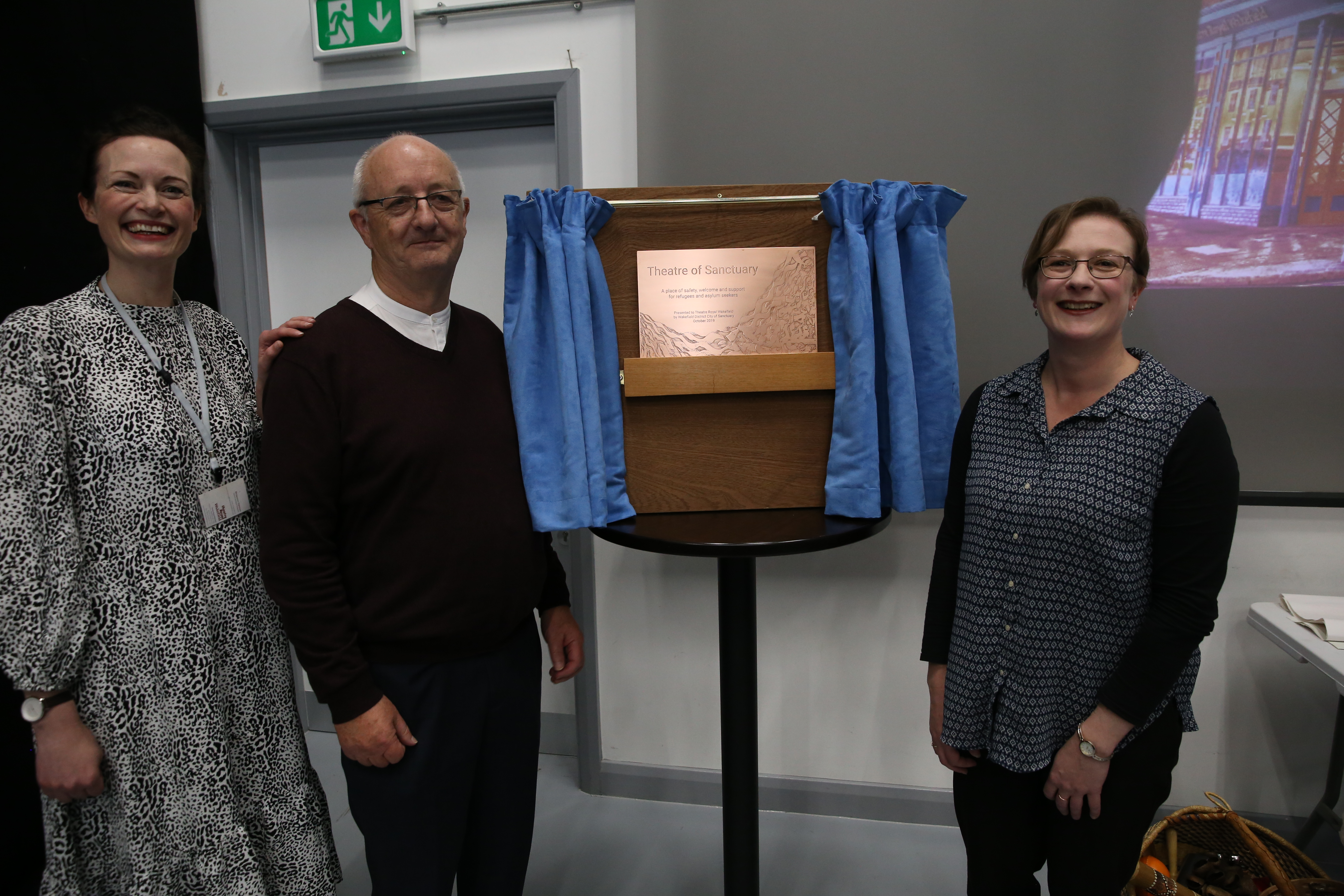 “It is the first time that I have experienced live theatre and played a part in a group. I really enjoyed” – A sanctuary seeker participant in the Theatre Workshops 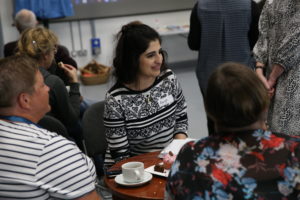 enting projects such as the Conversation Club and “Stories”. The “Stories” project brought together refugees and asylum seekers with local residents in a series of workshops. The Theatre has also programmed a series of productions which explore migration and the refugee experience and has participated in local Refugee Week events.

To mark the occasion, the theatre hosted a celebration in its Centre for Creativity space and invited guests from across the city. City of Sanctuary Regional Coordinator Sara Trewhitt presented the national award to the Theatre Royal Wakefield Executive Director Katie Town. Dick Davies, 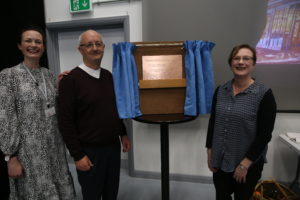 Chair of the Wakefield District of Sanctuary (WDoS) group,spoke about the key partnership that has been formed between the Theatre and WDoS. Dick spoke movingly about the role that arts such as theatre can make to support healing and integration in communities. Kate Town shared about how the theatre intends to carry forward its work to promote inclusion in the coming months and years. Finally, Theatre Royal’s Head of Learning and Participation, Rhiannon Hannon unveiled a lovely copper plaque specially crafted to mark the award. Photo credits: Amy Charles Media

To learn more about the amazing work undertaken by the theatre to promote links between the local community and sanctuary seekers, please check out this lovely video: