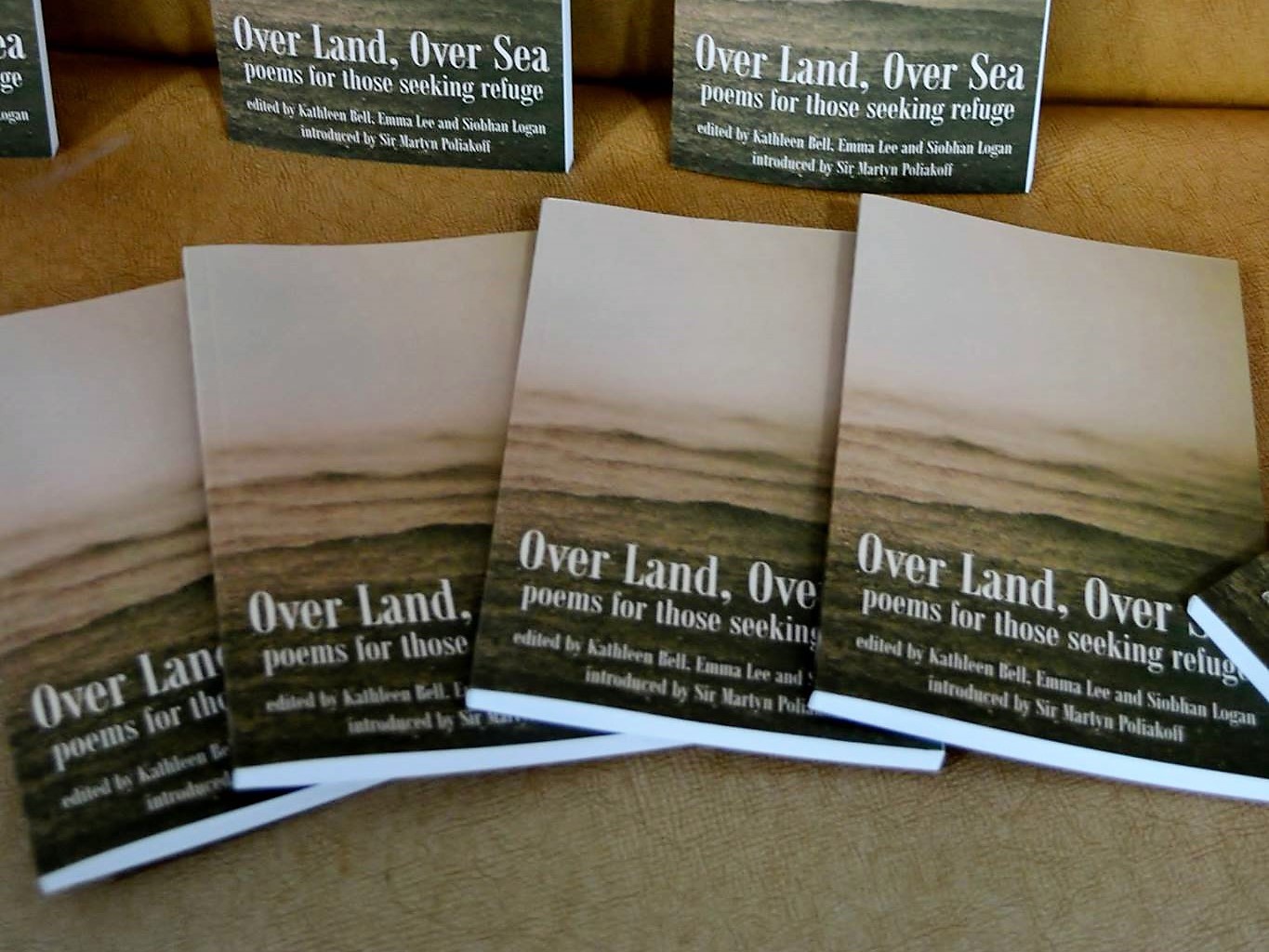 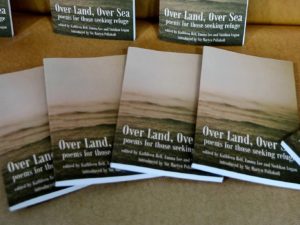 Journeys in Translation is seeking translators to translate 13 poems from Over Land Over Sea: Poems for those seeking refuge (Five Leaves Publications, 2015) from English into other languages for an event being held in Leicester on International Translation Day, 30 September 2017, as part of Everybody’s Reading. During the event the original poems and translations will be read and displayed. Anyone interested can join the Facebook group or contact one of the organisers.
Organiser, Ambrose Musiyiwa, says, “We encourage those would like to take part to translate, in whole or in part, as many of the 13 poems as they would like to and blog or share their translations and reflections on translating on social media.
“If translators are not able to get to Leicester for the Journeys in Translation event, perhaps they would like to organise a similar event in their locality and let us know how the event goes?
“We are open to working with people everywhere. Currently we have people who are working on the translations in England, Sweden and Zimbabwe. We have had offers to translate poems into Arabic, French, Greek, Hungarian, Italian, Polish, Shona, Spanish, Welsh and Yoruba.”
Emma Lee, co-organiser says, “Journeys in Translation builds on the success of the Journeys Pop-up Poem Library which saw poets give out postcards featuring poems from Over Land, Over Sea at Leicester Railway Station during Everybody’s Reading 2016. 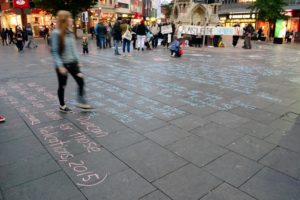 “In total 800 postcards were given out to encourage commuters to read, reflect and talk about current and historical journeys taken by people seeking refuge.
“We are now looking at translating the poems to give them as wide an audience as possible and to encourage reflection, across cultures, on the themes the poems explore.” 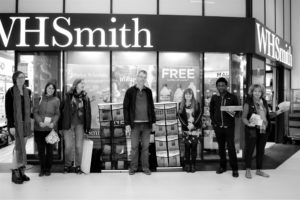 Over Land, Over Sea: Poems for those seeking refuge was edited by Kathleen Bell, Emma Lee and Siobhan Logan. The anthology is being sold to raise funds for Doctors Without Borders/ Médecins Sans Frontières (MSF), Leicester City of Sanctuary and the Nottingham and Nottinghamshire Refugee Forum.
Copies of the anthology are available from De Montfort University Bookshop (Leicester) and Five Leaves Bookshop (Nottingham).
1. Contact: Ambrose Musiyiwa e. <[email protected]> t. 07814368606
2. The 13 poems we will be using as part of Journeys in Translation are:
[a] but one country, Rod Duncan (Over Land, Over Sea, p.123)
[b] Children of War, Malka Al-Haddad (p.119)
[c] Come In, Lydia Towsey (p.16)
[d] Framed, Marilyn Ricci (p.114)
[e] Song for Guests, Carol Leeming (p.92)
[f] Stories from ‘The Jungle’, Emma Lee (p.85)
[g] The Humans are Coming, Siobhan Logan (p.79)
[h] The Man Who Ran Through the Tunnel, Ambrose Musiyiwa (p.1)
[i] Through the Lens, Liz Byfield (p.121)
[j] Waiting, Kathleen Bell (p.62)
[k] What’s in a Name, Penny Jones (p.5)
[l] Yalla, Trevor Wright (p.94), and
[m] Dislocation, Pam Thomson (p.120).
3. Over Land, Over Sea: Poems for those seeking refuge was published by Five Leaves on 1 December 2015 after a successful crowdfunding campaign to raise funds to cover printing and distribution costs which means all proceeds go directly to the charities:
4. Everybody’s Reading is an annual reading festival held in Leicester. The dates for Everybody’s Reading 2017 are 30 September – 8 October: