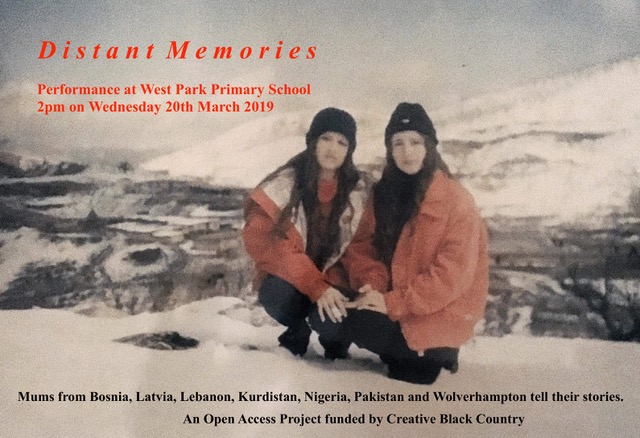 It is always a joy to go to West Park Primary School, the first City of Sanctuary School in Wolverhampton, to witness their powerful impact on their pupils and their families and on the local community.

On March 20th, it was a privilege to attend the culmination of a 10-week project facilitated by Lisa Harrison. It involved 10 mothers of pupils from different parts of the world – Bosnia, England, Kurdistan, Latvia, Lebanon, Nigeria, Pakistan. Several were performing in public for the first time and had never, prior to the project, met any of the other mothers before. 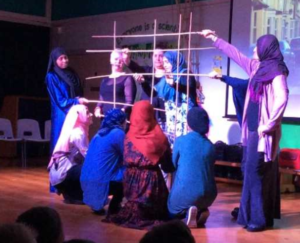 The performance was mesmerising – the confidence of each of the mothers in their solo performance and the variety of the stories they chose to tell were deeply moving. The stories were further enhanced by background music and pictures from their diverse cultures and countries.

When the mothers came together to sing Step by step or to plead for Peace in the light of the war in Iraq or to illustrate choreographically some of the stories, it was astonishing to see how well they had bonded and become one in such a short space of time.

The event, performed in front of the pupils and a number of invited guests combined melancholy, enchantment, beauty, joy and sadness and so much more. It was a powerful illustration of the richness of our various traditions and histories as well as of the fundamental unity of the human race. It also demonstrated how much largely hidden talent there is in each of us if only it can be detected and drawn out. At the end, the children from the school joined their parents on the stage amidst enthusiastic applause – it was an awesome conclusion.

A big ‘thank you’ to all involved.